Yesterday I made a live trade call again. This time it was on USDCHF and it got a 1.75R winner very fast (within 2 hours). Some hours later the move even reached 3R.

It was a highest quality reversal setup because of multiple reasons which I explain below. It was nearly sure that the price will reverse!

The following screenshot shows the moment when I announced the trade live in the double top/bottom telegram group. The upper chart shows the H1 time frame that produced the signal. The lower chart is the D1 time frame: 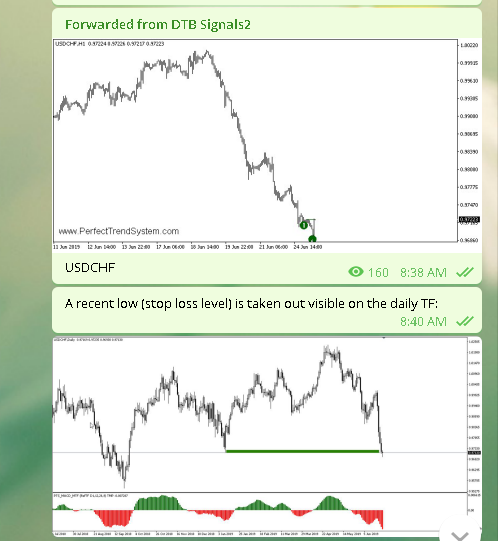 As you can see from the bigger view of D1 time frame in the following screenshot the USDCHF took out a recent major stop price level. This means that a lot of sell orders were triggered. The smart money took the counter part and was now heavy long positioned. Also from the 5 consecutive downward days you can estimate that the smart money has transitioned from net short to net long during the downward move. These two components of the setup (5 days down AND the major stop loss level taken out) made the setup a HIGH PROBABILITY REVERSAL SETUP :

Also on the H1 time frame there was a very good indication that the price will shot upward soon. You can clearly see the triple divergence on the following H1 chart. This chart also shows the moment when I entered the trade:

In the following chart you can see my game plan for this trade: 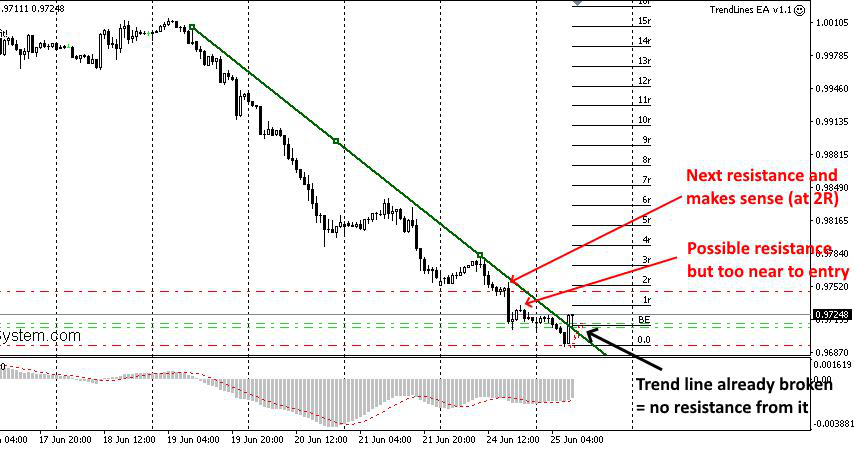 And in the following screenshot you can see the explanations of the chart that I posted above: 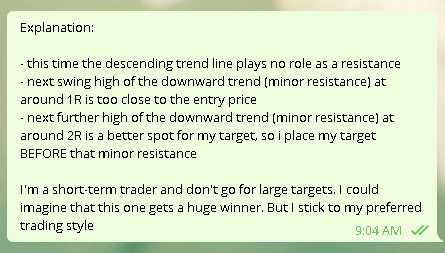 Here you can see that the price exploded to the upside very fast: 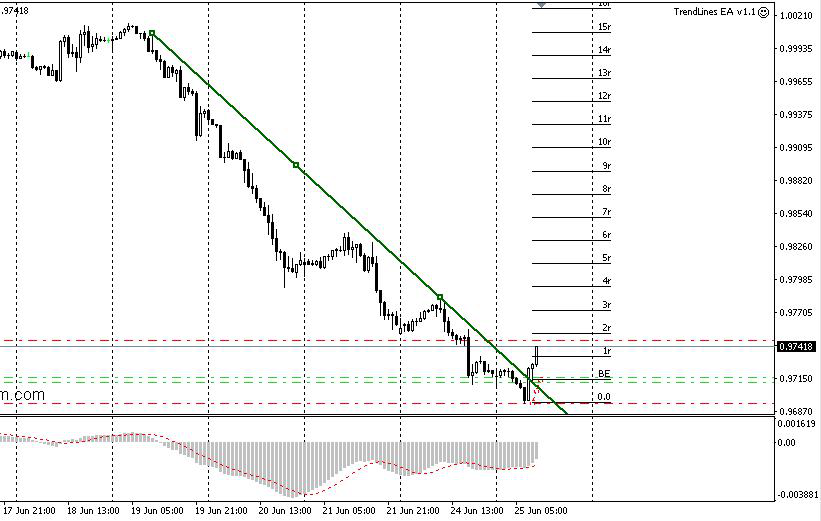 And my target was hit within only 2 hours: 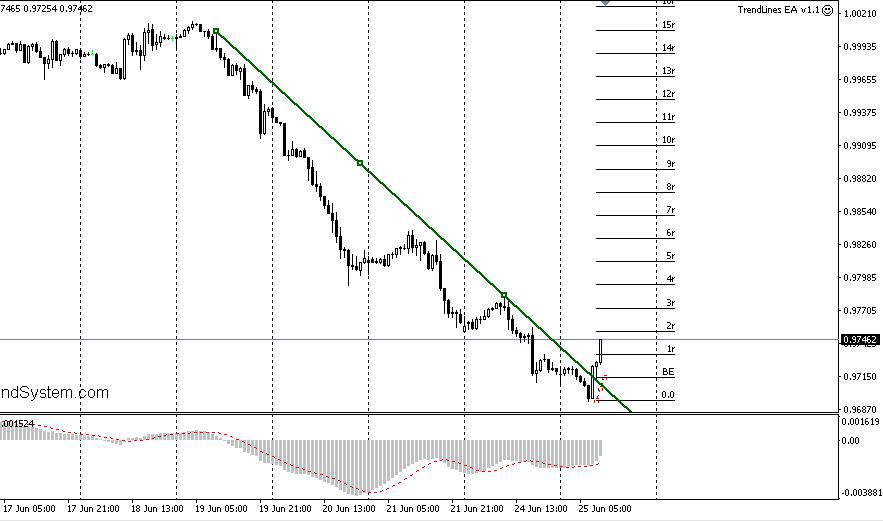 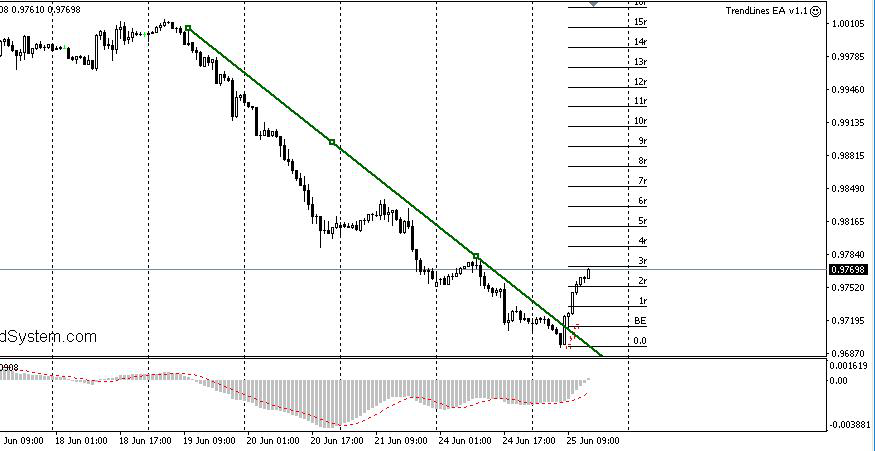 The double bottom signal was also a V-Power entry signal. Some DTB-signals from M30/H1 are also V-Power signals. In this case there was a perfectly valid V-Power entry signal. You can clearly see the tight asian range, then a fast fake move to the downside (final accumulation of long positions) and then a very fast upward move (profit release phase started by the smart money).

Here you can download a free version of V-Power: GET THE V-POWER FREE VERSION 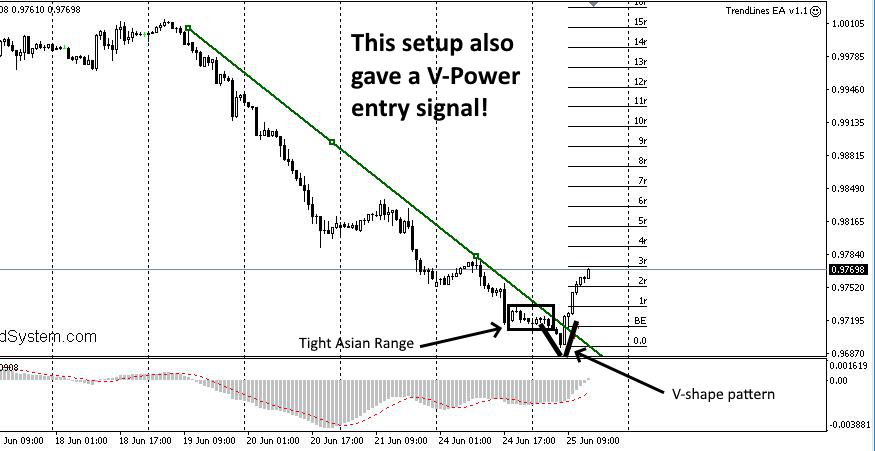 If you learn to analyze the markets this way then you have the key to constant trading success! Money will accumulate in your trading account in the long run.

Does this mean that you will have no losing trades? --> NO, and there is no such holy grail. But you will have a steady edge that after a series of trades will produce you money. There are members in the telegram group who trade with 80+% winning percentage since many months. They have learned to pick the best setups.

You can get Double Top/Bottom signals in real-time with the following products:

Alert-Dashboard (runs on your computer, signals via email and push)